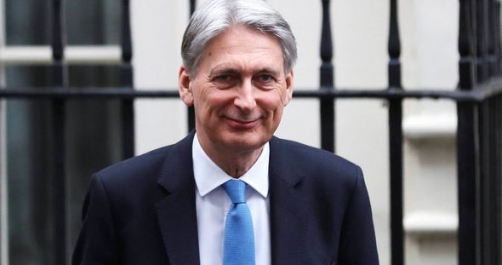 The Chancellor of the Exchequer, ‘a most positively Tigger-like’ Philip Hammond presented his Spring Statement to Parliament today. He started his speech by forecasting more jobs, rising wages, declining inflation, a falling deficit, shrinking debt and a light at the end of the tunnel of austerity. This however was balanced  by his warning to cabinet ministers that any fiscal leeway would be used to bear down on debt leaving only modest room for extra public spending.

Although during 2017 the economy grew by 1.7% compared to the 1.5% forecast at the Budget, the ORB predicted that the bill for divorcing the EU will be in the region of 37.1 bn and that the UK will still be paying that bill until 2064.

So how about small businesses? How will they be affected?

The HMRC and Treasury are jointly consulting on how changes to VAT collection could combat online fraud. A 27 page document has been published outlining the possible systems, how they might be enforced and how VAT could be accounted for. There are three possible options being considered at the moment; a standard rate split, a flat rate scheme and a net effective rate. A split payment system would allow VAT to be extracted from an online payment in real time which would help reduce the VAT gap but deciding when that VAT should be separated is an issue which would need attention. The consultation continues until June 29th 2018.

The Chancellor committed to reducing business rates by over 10 million. The next business rates revaluation has been moved forward to 2021 from 2022 and triennial reviews will begin replacing the current 5 year system.

A Call for Evidence has been announced on how to eliminate late payments. This has been a key request from small businesses and was welcomed by the Forum of Private Business although director Ian Cass awaits action that will hopefully follow.

“Late payments are a major concern to many small and micro businesses. That’s why we set up our Hall of Shame. We have previously heard musings from government about dealing with the issue of late payments so we now await real action from the Chancellor.”

The chancellor announced today that in order to support small businesses through the Government initiative of delivering 3 million apprenticeships by 2020, a fund of up to £80 million will be released for those engaging an apprentice through the levy.

During the Autumn 2017 Budget, the Chancellor announced the launch of a £190 million fund to improve digital infrastructure. Today, Mr Hammond announced that 13 regions will benefit from the first £95 million allocation of this fund. You can find a list of the areas here on the Gov UK website. The next wave of funding is planned for Summer 2018 in anticipation of delivering full fibre networks before the end of the 2020/2021 fiscal year.

Digital Payments and the use of Cash

A Call for Evidence has been announced today to support businesses who take payments digitally, to ensure that the public are still able to pay for goods by cash and to stop businesses using cash to launder money and evade tax. If you would like to make your feelings known, you can do so by emailing cashanddigitalpayments@hmtreasury.gsi.gov.uk

Mr Hammond announced a consultation on tax relief for self-employed training and training funded by employees. If you have an opinion then email employeebenefitsandexpenses@hmtreasury.gsi.gov.uk

So what do business owners think?

Co-founder and Managing Director of Xero, Gary Turner has shared the FPB’s sentiments on late payments

“While it’s encouraging that Chancellor Philip Hammond has recognised the impact that late payments have on our small business economy, it’s disappointing that no further evidence on how the government will tackle this was shared in the Spring Statement.

It’s a vicious cycle – and the current measures implemented by the Government do not appear to be making the impact that is needed. Like many other small business champions, we need evidence and look forward to the consultations. But we need it soon.”